Who says that because you’re a kid, you can’t do amazing things? Lots of really incredible people have accomplished great things while they were still young. We’ve listed just a few here, but plan to keep adding more names, so keep a look out! And if you know of any interesting, talented, gifted, compassionate, extraordinary and fantastic kids in history that you’d like us to add to this list, email youthinaction@bigsunday.org.

Nadia Comenici is a gymnast from Romania. At the 1976 Summer Olympics in Montreal, when she was just 14-years-old, she won five Olympic medals, three gold, one silver and one bronze.

She was the first gymnast ever to be awarded a perfect score of 10 in an Olympic gymnastic event! She received the honor for her performance on the uneven parallel bars during the team portion of the competition. But because a perfect score had never before been awarded in modern Olympic gymnastics history, the scoreboard wasn’t equipped to display the “10.0” properly. Instead Nadia’s marks were reported on the scoreboard as 1.00! The perfectly poised Romanian dazzled the judges so much that she not only received the first-ever perfect score in gymnastics, but also proceeded to collect six more!

Enrique Esparza was an eight-year old boy who became the last living witness who could “Remember the Alamo.” On February 23, 1836, thousands of soldiers from the Mexican army overwhelmed a group of two hundred American and Mexican rebels who were fighting for the independence of Texas at the Alamo in San Antonio. The rebel fighters, led by, among others, frontiersman Davy Crockett, fought off the attack for 13 courageous days. Enrique was one of many young children to witness the Alamo battle, but he is notable for being the only one to tell his story. His family’s experience during the Texas Revolution is characteristic of the crisis faced by many in that period. His father, Gregorio, supported the rebels, while his uncle, Francisco, remained a soldier in the Mexican army. Gregorio brought his wife, daughter, and three sons to the Alamo for shelter, and he manned one of the cannons in the compound. Interestingly, Enrique did not share his experiences until he was in his seventies, but his stories have aided historical understanding of what went on inside the walls of the Alamo. At the end of his life, he felt he had a responsibility to tell his story. And he had no problem remembering it: “It is burned into my brain and indelibly seared there. Neither age nor infirmity could make me forget, for the scene was one of such horror that it could never be forgotten.”

Anne Frank was one of a more than a million Jewish children who died in the Holocaust, a victim of Nazi persecution in the Second World War. After Nazi Germany invaded the Netherlands in 1940, the Frank family went into hiding. For two years they lived in a secret attic apartment behind the office of the family-owned business, a place that Anne, who was only 12 years old,  referred to as the “Secret Annex.” While in hiding, Anne kept a diary in which she recorded her fears, hopes and experiences. After the Gestapo discovered the hiding place, her parents were sent to Auschwitz, a concentration camp in German-occupied Poland. Anne and her sister were sent to Bergen-Belsen, a concentration camp in Northern Germany, where they both died of typhus in 1945, just a few weeks before British troops liberated the camp. Anne’s diary was found in the secret apartment by one of the people who helped hide the Franks. It was published after the war and has since been reprinted in more than 55 languages. To this day, The Diary of Anne Frank is used in schools in Europe and the United States to teach children about the Holocaust.

King Tut was born in 1343 and became the Pharaoh of Egypt when he was just nine-years old! He inherited the throne from his father, and also the problems of a country in the throes of religious turmoil. Because of his young age, he relied a great deal on adult advisors. King Tut married his half sister, lived a lavish lifestyle and died when he was 18 years old.  The cause of his death remains a mystery – some attributing it to disease, others to murder! Indeed, much of his life remains a mystery, but when his tomb was discovered in 1922, with some 3,500 artifacts, historians were able to learn a great deal about what life was like in ancient Egypt. The tomb was filled with riches, including the now famous golden death mask. King Tut only reigned for nine years and was considered a minor king. But because of the discovery of his tomb with its extravagant contents and fabulous wealth, he is one of the most famous of all the Pharaohs.

Wolfgang Amadeus Mozart is one of the world’s greatest child prodigies. He is considered one of the heavyweights of classical music and is generally placed in the top ranks of composers along with Beethoven and Bach. Born in 1756, Mozart began playing the harpsichord at age three. By age five he was playing the keyboard and violin, was composing his own music and performing for European royalty. He wrote his first symphony at age eight, and went on to write more than 600 pieces of music.  He came from a very artistic family, and made his professional debut (with his sister) at age six. At 17, he was engaged as a court musician in Salzburg, but grew restless and travelled in search of a better position. He moved to Vienna, married, gave piano lessons and wrote many of his greatest piano concertos while there. Many people consider Mozart to be the greatest composer of all time.

Sacagawea was a native American girl from the Lemhi Shoshone tribe who has become a legendary figure in the history of the west for her role on the Lewis and Clark expedition. She was the daughter of a Shoshone chief. But when she was 10-years old, she was kidnapped by the Hidatsa tribe and taken to their village on the upper Missouri. She was then purchased by and wed to Toussaint Charbonneau, a French Canadian trapper. When Lewis and Clark hired Charbonneau as an interpreter for their expedition in 1804, it was with the understanding that Sacagawea would join them. They hoped her presence would speak well of them to the Indians they would encounter along the way. She was only a teenager when she accompanied the Lewis and Clark expedition as an interpreter and guide, traveling thousands of miles across the western United States from North Dakota to the Pacific Ocean. During the expedition, Lewis made contact with the Shoshone, from whom he hoped to obtain horses for their trek across the mountains. When Sacagawea arrived to serve as interpreter, she found her brother, who had become chief after their father’s death. While she was deeply moved to see him, Sacagawea did not take advantage of this incredible coincidence to return to her people. Instead, she helped the explorers to get the horses they needed and journeyed on with them and her husband to the Pacific. Little is known about what happed to Sacagawea after the Lewis and Clark expedition ended.

Shirley Temple was the most famous child actor in history. She began her film career at the age of three and was only five when she appeared in her breakthough film,  Stand Up and Cheer.  She was known for her blond ringlets, her charming lisp and her ability to sing and tap-dance. She skyrocketed to superstardom in 1934 in Bright Eyes, a feature film created specifically for her talents. Her signature song, On the Good Ship Lollipop, was introduced in that film and sold 500,000 sheet music copies. The next year, she broke racial barriers by dancing with the original Mr. Bojangles, Bill Robinson, in The Little Colonel. She received a special Academy Award in 1935  “in grateful recognition of her outstanding contribution.” Film hits such as Curly Top andHeidi followed year-after-year during the mid to late 1930s. From 1936-38, she earned more than any other Hollywood actor, starring in films that offered an hour and a half of optimism at the height of the Depression. Shirley Temple was the biggest box-office attraction in Hollywood, and the large revenues from her films helped make Twentieth Century-Fox a major film studio.

Ryan White was diagnosed with AIDS at age 13 after contracting the disease through a blood transfusion. But he became the poster-child for the disease after being expelled from middle school because of his infection. Ryan, who was from Kokomo Indiana, was a hemophiliac who became infected from contaminated blood. Though his doctors said he posed no risk to other students, little was known about HIV/AIDS in the mid1980s when he was diagnosed, and parents and teachers rallied against his attending school. Even though he and his family were discriminated against, they fought for his right to attend school. During the lengthy legal battle with the school system, the media covered Ryan’s case and he was made into a national celebrity and spokesman for AIDS research and public education. Along the way, he helped to teach many people around the world about HIV/AIDS. Ryan died at age 18, one month prior to his high school graduation and several months before Congress passed the Ryan White CARE (Comprehensive AIDS Resources Emergency) Act, which provides federal funding to improve care for low-income, uninsured and under-insured victims of AIDS and their families.

Kid of the Month! 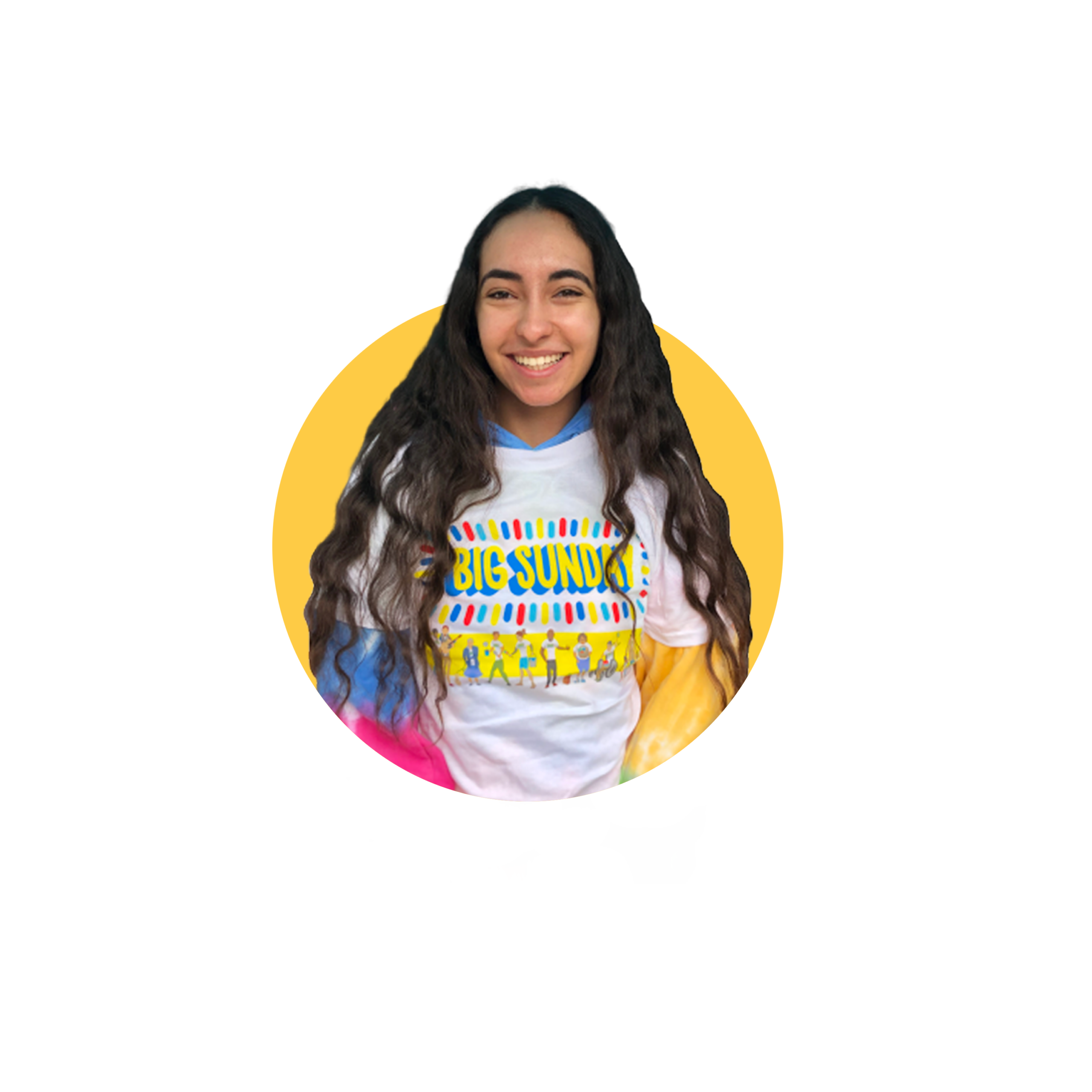 Each month we highlight a young person in the Big Sunday community who has done something to impress, inspire or somehow wow us. This month it’s Anne.....Read More